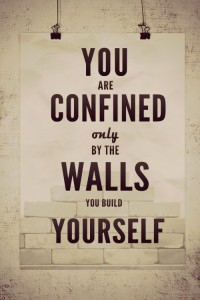 Training in Mediation and Conflict Resolution

Here is the answer- Mediation

As part of my story I have been very privileged to learn from the very best how to mediate[1], how to solve disputes and apply what I have learned across a huge area of my life including Schools. I have gone on to train others and gained advanced qualification as well as personally settling dozens of disputes where other means had not succeeded. It works in Schools, Businesses, Staff rooms and in the Community.

(Don’t make it any worse)

Mediation at its core is a form of alternative dispute resolution (ADR) or “appropriate dispute resolution”. It is a way of resolving disputes between two or more groups (Lawyers like to call them Parties- I am not keen on this prefer to call them by their names). I, as the mediator perform the role of neutral facilitator. I am not a judge, arbitrator and do not impose anything. Mediation is not legally binding so it does not have to be followed, although if one person or group does not, they can sometimes be taken to court by the disadvantaged member, depending on the mediation agreement.

Mediation, in a broad sense, consists of a cognitive process of reconciling mutually interdependent, opposed terms as what one could loosely call “an interpretation” or “an understanding of.” The German philosopher Hegel uses the term “dialectical unity” to designate such thought-processes. Mediators use appropriate techniques and soft skills to open and improve dialogue between disputants (a better name for the people), aiming to help them reach an agreement (with concrete effects) on the disputed matter. One of the key points about the process is that everyone must view the mediator as impartial. Disputants may use mediation in a variety of disputes, such as commercial, legal, diplomatic, workplace, community and family matters. Indeed I have witness extraordinary dispute resolution in some complex matters as Child Abuse cases and such everyday matters as rubbish bins outside houses. Mediation is the only way assisted by one third, which promotes freedom of choice of protagonists in a conflict situation.

The activity of mediation in itself appeared in very ancient times. Historians presume early cases in Phoenician commerce (but suppose its use in Babylon, too). The practice developed in Ancient Greece (which knew the non-marital mediator as a proxenetas), then in Roman civilisation, (Roman law, starting from Justinian’s Digest of 530 – 533 CE) recognised mediation. The Romans called mediators by a variety of names: internuncius, medium, intercessor, philantropus, interpolator, conciliator, interlocutor, interpres, and finally mediator. I am happy to be called Sir (not really- Tim is good for me). There are lots of reasons why people might decide to mediation as (often) a less expensive route to follow for dispute resolution. While a mediator may charge a fee comparable to that of a Lawyer, the mediation process generally takes much less time than moving a case through standard legal channels. Time is a crucial factor: While a case in the hands of a lawyer or filed in court may take months or even years to resolve, a case in mediation usually achieves a resolution in a matter of hours. Taking less time means expending less money on hourly fees and costs. I do a lot of 1 to 3 hour mediations and get amazing results. I often do them after work or on weekends.

Mediation is a confidential process. While court hearings of cases happen in public, whatever happens in mediation remains strictly confidential. No one but the people involved to the dispute and the mediator(s) know what has gone on in the mediation. In fact, confidentiality in mediation has such importance that in most cases the legal system cannot force a mediator to testify in court as to the content or progress of the mediation. I actually destroy the notes taken during a mediation once that mediation has finished. Mediation offers multiple and flexible possibilities for resolving a dispute and for the control the parties have over the resolution.

“A mother (or a father) walks into a kitchen and sees tow children fighting over an orange. S(he) tells them off and grabs a sharp kitchen knife and cuts the orange apart. S(he) hands half to each and says’ “There” with a satisfied manner. One child says “ Oh- I just wanted the juice for a smoothie” and the other says, “ I only wanted the rind for a cake”. They both ended up with less than they could have if s(he) had Mediated and listened to their needs and mutual interests.

In a court case, the people involved will obtain a resolution (maybe), but a resolution thrust upon them by the judge or jury. The result probably will leave neither party to the dispute totally happy. In mediation, on the other hand, the parties have control over the resolution, and the resolution can be unique to the dispute. Often, solutions developed by the parties are ones that a judge or jury could not provide. Thus, mediation is more likely to produce a result that is mutually agreeable, or win/win, for the disputants. And because the result is attained by the parties working together and is mutually agreeable, the compliance with the mediated agreement is usually high. The mediation process consists of a mutual endeavour. Unlike in negotiations (where parties are often entrenched in their positions), the people involved in the mediation usually seek out mediation because they are ready to work toward a resolution to their dispute. Finally, but certainly not least, and as I said earlier, the mediation takes place with the aid of a mediator who is a neutral third party.

I am trained in conflict resolution and in working with difficult situations. It works brilliantly in Schools. The good mediator is likely to work as much with the emotional aspects and relationship aspects of a case as he or she is to work on the “topical” issues of the matter. The mediator, as a neutral, gives no legal advice, but guides the disputants through the problem solving process. I know of three incredible, (there may be more) world shattering Mediations and some of the people who were directly involved. These three are Northern Ireland Peace Process, the South African Truth and Reconciliation Commission and in Australia the Mabo mediations. Read this and see if the hairs on the back of your neck stand up: